Hi Papa ... don’t worry about me too much, right now I am most concerned that we are not being effective. I still don’t feel particularly at risk. Rafah has seemed calmer lately,” Rachel Corrie wrote to her father, Craig, from Rafah, a town located at the southern end of the Gaza Strip.

‘Rachel’s last email’ was not dated on the Rachel Corrie Foundation website. It must have been written soon after her last email to her mother, Cindy, on Feb. 28. She was killed by an Israeli bulldozer on March 16, 2003.

Immediately after her painful death, crushed beneath an Israeli army bulldozer, Rafah embraced her legacy as another ‘martyr’ for Palestine. It was a befitting tribute to Rachel, who was born to a progressive family in the town of Olympia, itself a hub for anti-war and social justice activism. But Olympia is also the capital of Washington State. Politicians here can be as callous, morally flexible and pro-Israel as any other seat of government in the US, where sharply dressed men and women jockey for power and influence. Ten years after Rachel’s death, the US government is yet to hold Israel to account. Neither is justice expected anytime soon.

Bordering Egyptian and Israeli fences, and ringed by some of the poorest refugee camps anywhere, Rafah has never ceased being a news topic in years. The town’s gallantry of the First Palestinian Uprising (Intifada) in 1987 was the stuff of legends among other resisting towns, villages and refugee camps in Gaza and the rest of Palestine. The Israeli army used Rafah as a testing ground for a lesson to be taught to the rest of Palestinians. Thus, its list of ‘martyrs’ is one of the longest, and it is unlikely to stop growing anytime soon. Many of Rafah’s finest perished digging tunnels into Egypt to break the Israeli economic blockade followed Palestine’s democratic elections in 2006. Buried under heaps of mud, drowning in Egyptian sewage water, or pulverized by Israeli missiles, some of Rafah’s men are yet to be located for proper burial.

Rafah agonized for many years, not least because it was partially encircled by a cluster of illegal Jewish settlements — Slav, Atzmona, Pe'at Sadeh, Gan Or and others. The residents of Rafah were deprived of security, freedom, and even for extended periods of time, access to the adjacent sea, so that the illegal colonies could enjoy security, freedom and private beaches. Even when the settlements were dismantled in 2005, Rafah became largely entrapped between the Israeli military border, incursions, Egyptian restrictions and an unforgiving siege. True to form, Rafah continues to resist.

Rachel and her International Solidarity Movement (ISM) friends must have appreciated the challenge at hand and the brutality by which the Israeli army conducted its business. Reporting for the British Independent newspaper from Rafah, Justin Huggler wrote on Dec. 23, 2003: “Stories of civilians being killed pour out of Rafah, turning up on the news wires in Jerusalem almost every week. The latest, an 11-year-old girl shot as she walked home from school on Saturday.” His article was entitled: “In Rafah, the children have grown so used to the sound of gunfire they can’t sleep without it.” He too “fell asleep to the sound of the guns.”

Rafah was affiliated with other ominous realities, one being house demolitions. In its report, Razing Rafah, published Oct. 18, 2004, Human Rights Watch mentioned some very disturbing numbers. Of the 2,500 houses demolished by Israel in Gaza between 2000-04, “nearly two-thirds of these homes were in Rafah... Sixteen thousand people, more than ten percent of Rafah's population, have lost their homes, most of them refugees, many of whom were dispossessed for a second or third time.” Much of the destructions occurred so that alleyways could be widened to secure Israeli army operations. Israel’s weapon of choice was the Caterpillar D9 bulldozer, which often arrived late at night.

Rachel Corrie was also crushed by the same type of US manufactured and supplied bulldozer that terrorized Rafah for years. It is no wonder that Rachel’s photos and various graffiti paintings adorn many walls of Rafah streets. Commemorating Rachel’s death anniversary for the 10th time, activists in Rafah gathered on March 16. They spoke passionately of the American girl who challenged an Israeli bulldozer so that a Rafah home could remain standing. A 12-year-old girl thanked Rachel for her courage and asked the US government to stop supplying Israel with weapons that are often used against civilians.

While Rafah carried much of the occupation brunt and the vengeance of the Israeli army, its story and that of Rachel's was merely symbolic of the greater tragedy which has been unfolding in Palestine for many years. Here is a quick summary of the house demolition practice of recent years, according to the Israeli Committee against House Demolitions, also published in Al Jazeera, August 2012: The Israeli government destroyed 22 homes in East Jerusalem and 222 homes in West Bank in 2011, leaving nearly 1,200 people homeless. During the war on Gaza (Dec. 2008-Jan 2009), it destroyed 4,455 homes, leaving 20,000 Palestinians displaced and unable to rebuild due to the restrictions imposed by the siege. (Other reports give much higher estimates.) Since 1967, the Israeli government destroyed 25,000 homes in the occupied territories, rendered 160,000 Palestinians homeless. Numbers can be even grimmer if one is to take into account those who were killed and wounded during clashes linked to the destructions of these homes.

So, when Rachel Corrie stood with a megaphone and an orange high-visibility jacket trying to dissuade an Israeli bulldozer driver from demolishing yet another Palestinian home, the stakes were already high. And despite the inhumane caricaturing of her act by pro-Israeli US and other Western media, and the expected Israeli court ruling last August, Rachel’s brave act and her subsequent murder stand at the heart of the Palestinian-Israeli conflict. It highlighted the ruthlessness of the Israeli army, put to shame Tel Aviv’s judicial system, confronted the international community with its utter failure to provide protection for Palestinian civilians and raised the bar even higher for the international solidarity movement.

The Israel court verdict last August was particularly sobering and should bring to an end any wishful thinking that Israel’s self-tailored judicial system is capable of achieving justice, neither for a Palestinian, nor an American. “I reached the conclusion that there was no negligence on the part of the bulldozer driver,” Judge Oded Gershon said as he read out his verdict in a Haifa District Court in northern Israel. Rachel’s parents had filed a lawsuit, requesting a symbolic $ 1 in damages and legal expenses. Gershon rejected the suit, delineated that Rachel was not a ‘reasonable person’ and, once more blamed the victim, as has been the case with thousands of Palestinians for many years. “Her death is the result of an accident she brought upon herself,” he said. It all sounded that demolishing homes as a form of collective punishment was just another ‘reasonable’ act, deserving of legal protection. In fact, as per Israeli occupation rules, it is.

Rachel’s legacy will survive even Gershon’s charade court proceeding and much more. Her sacrifice is now etched into a much larger landscape of Palestinian heroism and pain.

“I think freedom for Palestine could be an incredible source of hope to people struggling all over the world,” she wrote to her mother nearly two weeks before her death. “I think it could also be an incredible inspiration to Arab people in the Middle East, who are struggling under undemocratic regimes which the US supports.” 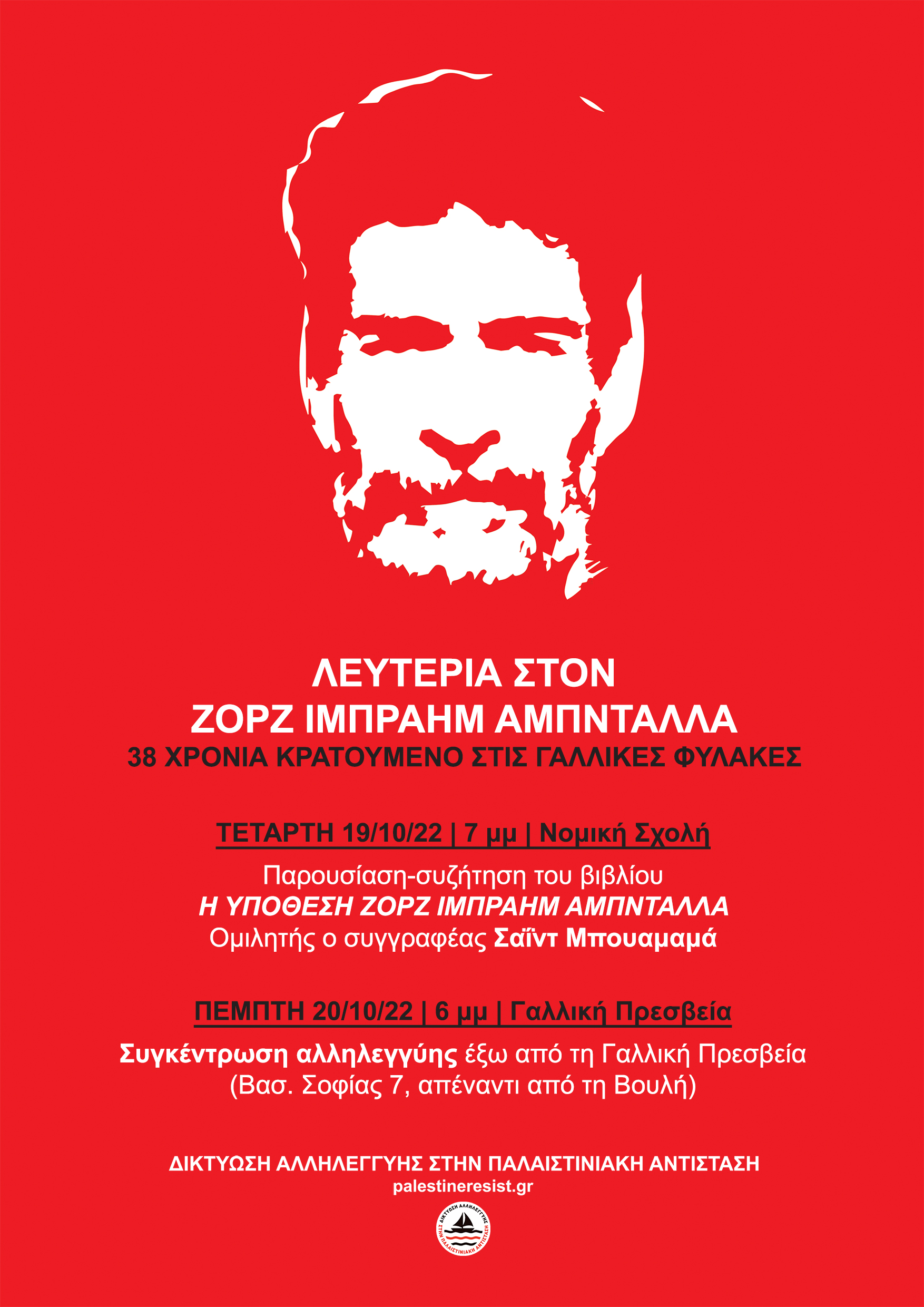 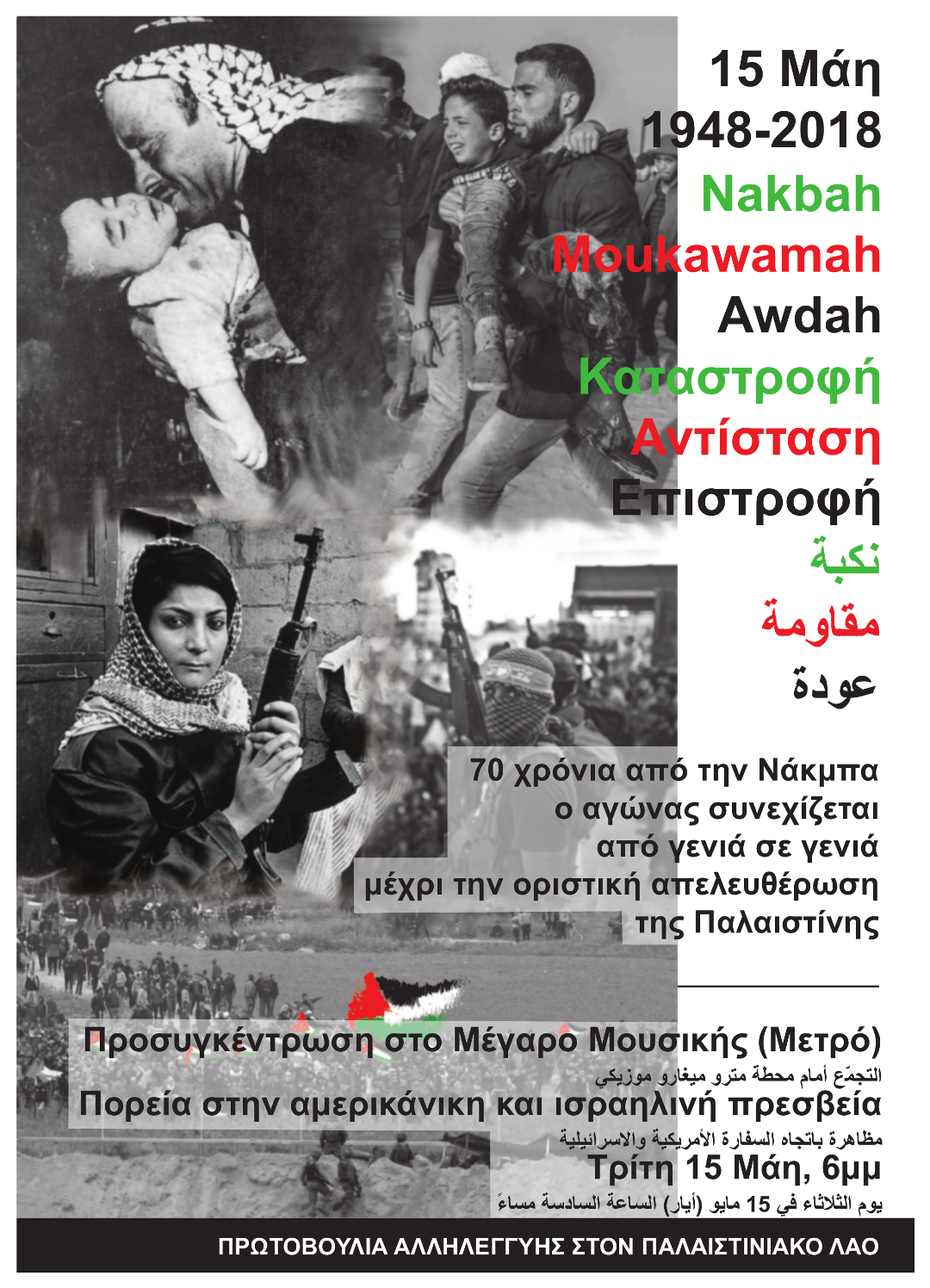 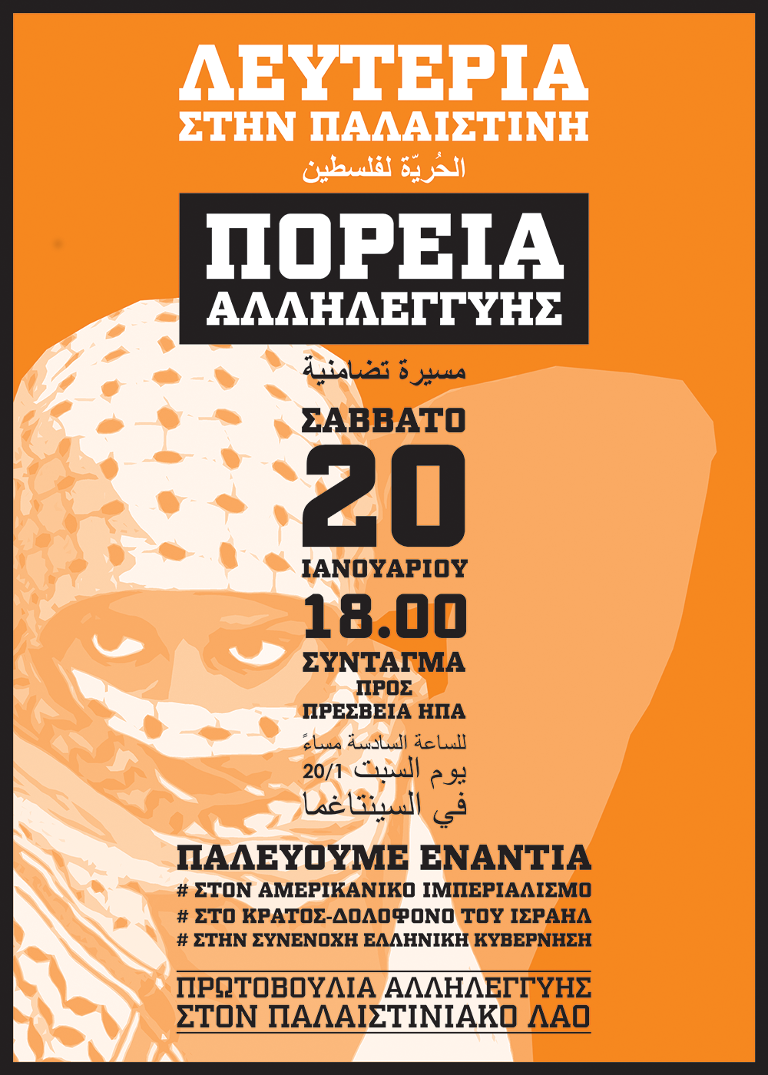 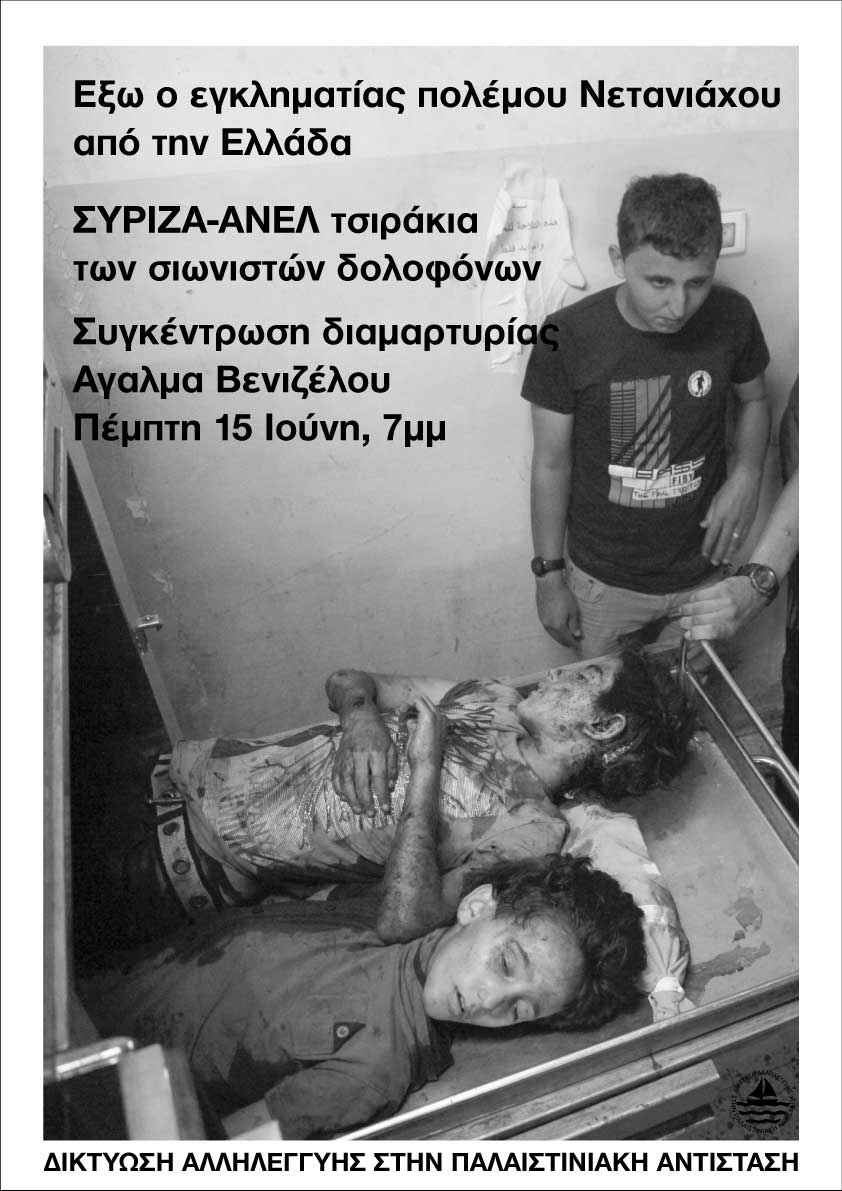 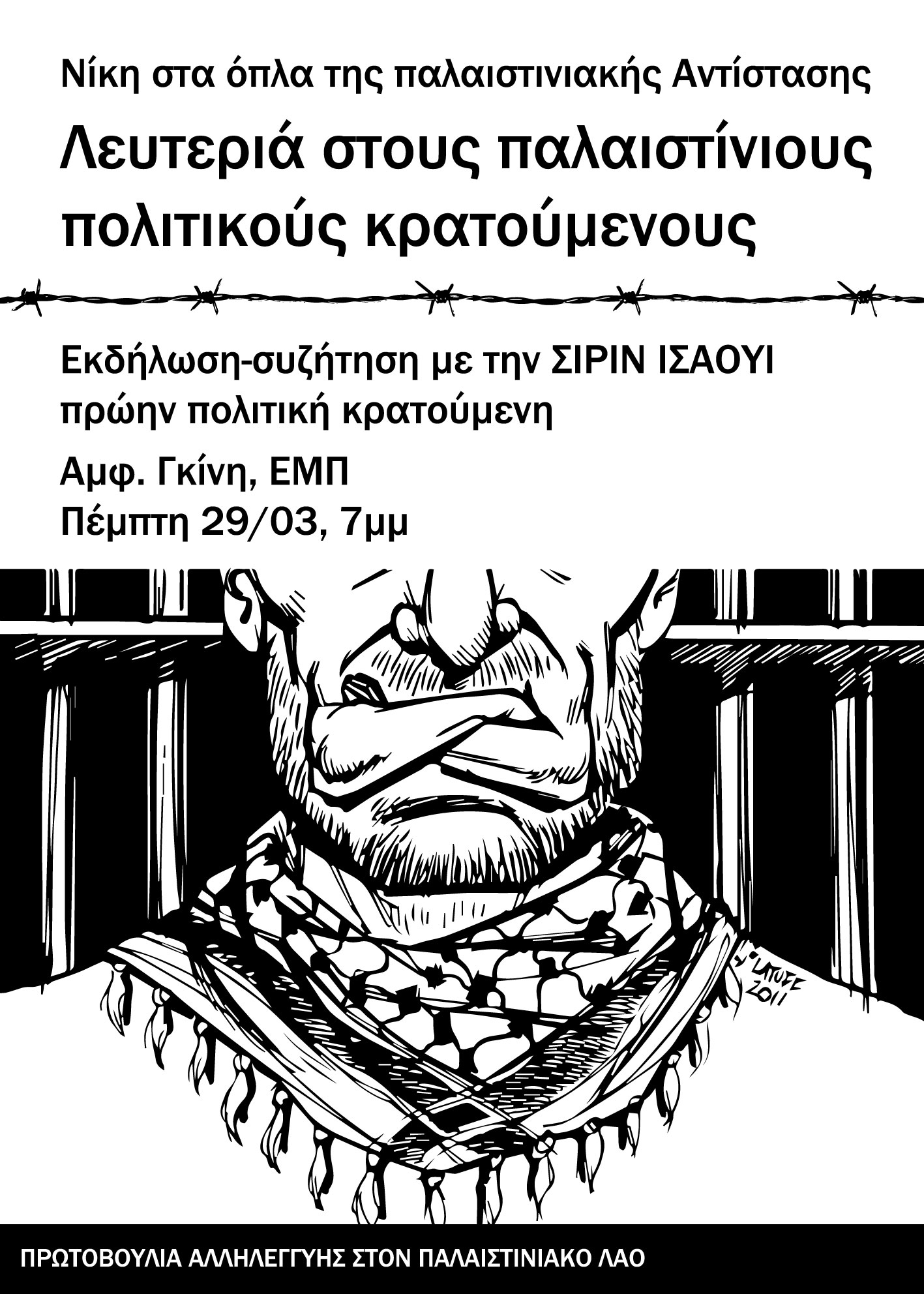 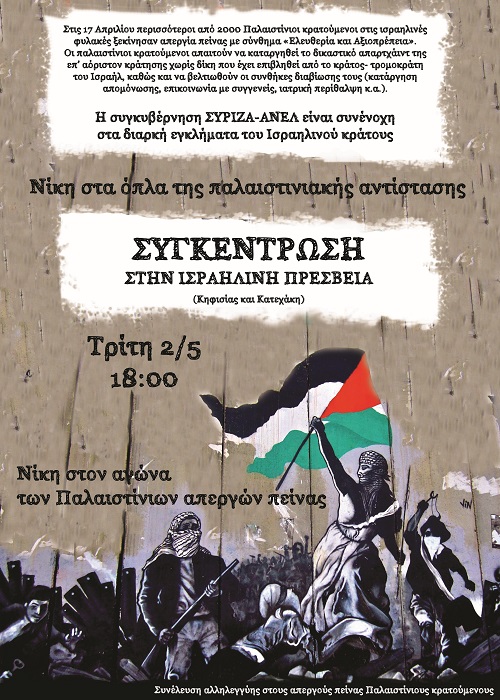 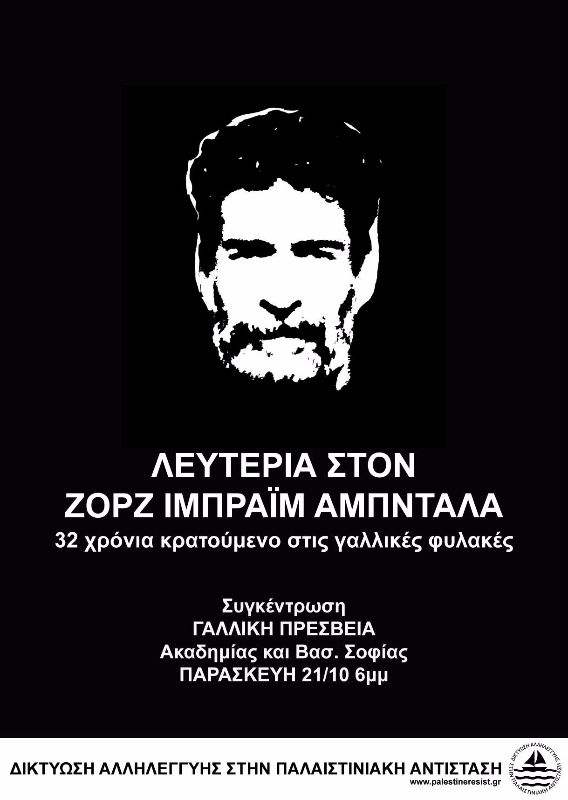 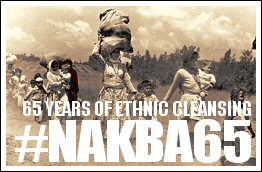